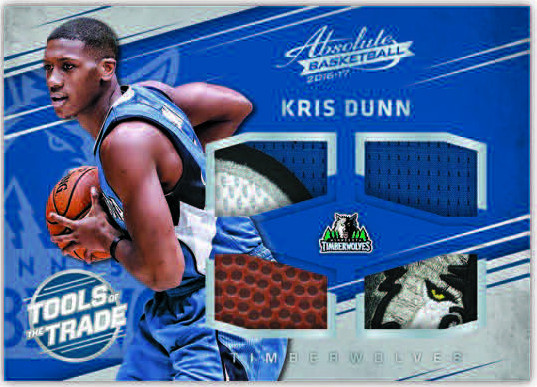 Last season, Panini America brought back one of its long-standing brands to the roundball market after a two-year absence and it made a strong enough impression with collectors to return to card shops.

With 2016-17 Panini Absolute Basketball, the focus is once again on the hits as each hobby box is slated to contain four autograph or memorabilia cards.

Base Set and Inserts

Preliminary promotional information did not deliver any details regarding the base set or parallels for 2016-17 Panini Absolute Basketball, but it is expected to have a strong selection of rookie cards from players making their NBA debuts in the coming weeks plus those that may be delayed due to injury, like first overall pick Ben Simmons.

Panini did reveal that there will be at least one glass card per case. 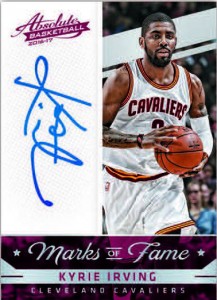 One of the main selling features of 2016-17 Panini Absolute Basketball for collectors is the presence of on-card autographs from legends, stars, and rookies. For the vets and retired greats, there are sets like Heroes Autographs and Marks of Fame that are numbered to 75 copies or less. When it comes to freshman signatures, there are some solid options to potentially pull from the Rookie Autographs and Draft Day Ink collections. 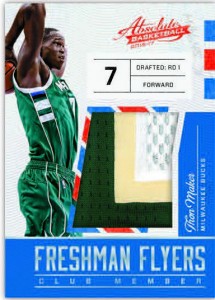 Tools of the Trade are back in 2016-17 Panini Absolute Basketball and each of these cards has up to six swatches on them. The pieces embedded into these treasures includes those from a jersey along with items such as hats, socks, and even basketballs.

The other theme for memorabilia cards made available at this time are the Frequent Flyers and Freshman Flyers which have a similar design and the potential to have large prime swatches.

2016-17 Panini Absolute Basketball at a glance:

What to expect in a hobby box: 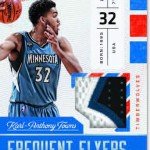 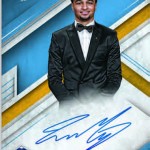 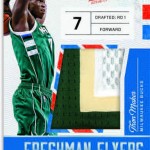 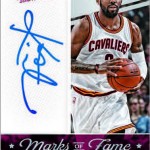 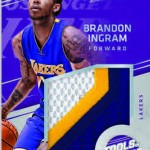 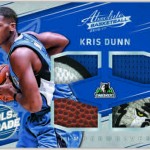 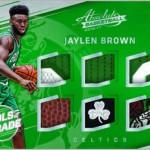 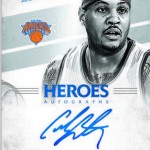